English version: LEED Building Standards Fail to Protect Human Health
John WARGO Yale environment
The LEED program — Leadership in Energy and Environmental Design — is playing an increasingly important role in the drive to make buildings in the United States greener and more energy efficient. LEED is now the most prominent and widely adopted green building certification program in the country, with architects and developers striving to earn LEED’s coveted platinum or gold rating, and an increasing number of local, state, and federal regulations beginning to incorporate LEED standards into official building codes.
But LEED — sponsored by the U.S. Green Building Council, an industry group — has a glaring and little-known drawback: It places scant emphasis on factors relating to human health, even as the largely unregulated use of potentially toxic building materials continues to expand. One of LEED’s major accomplishments — saving energy by making buildings more airtight — has had the paradoxical effect of more effectively trapping the gases emitted by the unprecedented number of chemicals used in today’s building materials and furnishings. Yet, as the threat from indoor air pollution grows, LEED puts almost no weight on human health factors in deciding whether a building meets its environmental and social goals.
I was lead author of a report on this issue that was released in May, and I recently met with Green Building Council executives, who made it clear that LEED’s management is deeply committed to an energy efficient future. Yet it also was apparent that the certification system is unlikely to soon focus on health with respect to hazardous chemicals.
At this point, LEED, a voluntary set of standards created by architects, engineers and builders, can award its highest level of certification —platinum — to a structure that earns no credits for air quality. In practice, the average LEED-certified building achieves only 6 percent of its total points for “indoor environmental quality,” the category most closely tied to health, although some of these credits are often given for lighting and thermal comfort rather than assurance of reduced exposure to dangerous substances.
This fact points up a serious flaw in the program: The job of setting standards for new construction — particularly health standards — should not be left to a private-sector organization dominated by members who profit from the sale of goods and services to the building sector.
The potential threats to human health — data suggest that increased chemical exposure in indoor environments may be one reason behind a rapid rise in childhood asthma, for example — require more aggressive action, primarily from the federal government. Because the public interest in healthy, energy-efficient, and environmentally safe buildings is enormous — and well beyond the capacity, financial interests, and willingness of the building industry to manage — the nation needs a comprehensive federal law to control the chemical content of the built environment. LEED is simply not up to the job.

Toxics in Buildings
In 1999, the U.S. Centers for Disease Control and Prevention (CDC) began testing human tissue samples to detect the presence of environmental contaminants. CDC scientists reported that most individuals carry a mixture of metals, plastic polymers, pesticides, solvents, fire retardants, and waterproofing agents, all commonly present in modern buildings. Children often carry higher concentrations than adults.
Many of the chemical ingredients in these building materials are well known to be hazardous to human health. Some are respiratory stressors, neurotoxins, hormone mimics, carcinogens, reproductive hazards, or developmental toxins. Thousands of synthetic and natural chemicals make up modern buildings, and many materials and products “off-gas” and can be inhaled by occupants. Others may erode from metal or plastic water pipes and end up in a glass of water.
The widespread use of such chemicals comes at a time when Americans spend, on average, 90 percent of their time indoors or in vehicles. American children — who increasingly forsake outdoor recreation to occupy themselves for more than seven hours a day with electronic media — spend an astonishing 97 percent of their lives indoors or in cars, according to a recent survey.
In December 2009, the U.S. Environmental Protection Agency (EPA)released a list of chemicals that “may present an unreasonable risk of injury to health and the environment.” The EPA list includes four classes of chemicals widely used in the building industry and approved for use by the LEED rating system. These chemicals include phthalates (used as softeners in flexible vinyl products, such as floor and wall coverings); short-chain chlorinated paraffins (used in plastics); PBDEs (used as flame retardants in textiles, plastics, and wire insulation); and perfluorinated chemicals, including PFOA (used for non-stick cookware and stain resistant materials). Many LEED-certified buildings have been constructed using some of these compounds.
Plastics pose a special problem, as they now comprise nearly 70 percent of the synthetic chemical industry in the United States. More than 100 billion pounds of resins are produced each year, forming many different building materials, including window and door casings, furnishings, electrical wiring, piping, insulation, water and waste conduits, floor coverings, paints, appliances, countertops, lighting fixtures, and electronics.
Hazardous chemicals have become components of LEED-certified indoor environments primarily due to the failures of the federal Toxic Substances Control Act (TSCA) and EPA’s neglect of the problem. Congress has given the EPA limited authority to require testing of likely hazardous chemicals in building products. Among nearly 80,000 chemicals in commerce, EPA has required toxicity testing of only 200 in nearly 25 years. These test results led EPA to ban or phase out only five chemicals. The overwhelming majority of chemicals in buildings remain untested, meaning that new products may incorporate tens of thousands of untested chemicals with no government oversight. Since TSCA places the burden of proof of hazard on EPA, nearly all chemicals in building materials have escaped federal testing and regulation.
Many sectors of the economy, including pharmaceuticals and pesticides, are highly regulated by the federal government to protect public health. But the building sector — which now produces $1.25 trillion in annual revenues, roughly 9 percent of U.S. gross domestic product in 2009 — has escaped such federal control. The lack of government regulation is explained, in part, by the building industry’s enormous financial power, but also by its recent success in creating green building and development standards that give the impression of environmental responsibility and protection of human health…..Read more 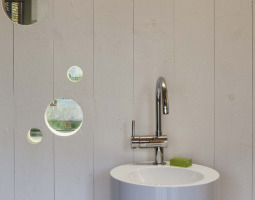 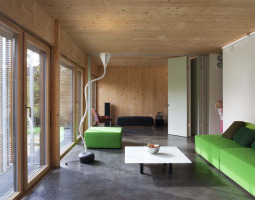 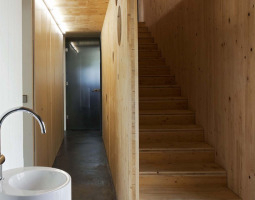 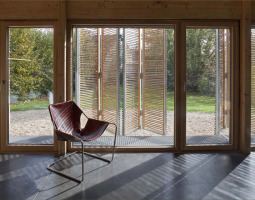